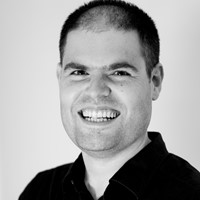 David Carrera received the MS degree at the Technical University of Catalonia (UPC) in 2002 and his PhD from the same university in 2008. He is an associate professor at the Computer Architecture Department of the UPC. He is also the Head of the "DataCentric Computing" research group at the Barcelona Supercomputing Center (BSC). His research interests are focused on the performance management of data center workloads. In 2018 he was awarded a medal in the Agustín de Betancourt prize for young researchers by the Spanish Royal Academy of Engineering. He is co-founder and Scientific Director of the start-up NearbyComputing SL.
In 2015 he was awarded an ERC Starting Grant for the project HiEST (1.5M€, 2015-2020), and ICREA Academia award (2015-2020) and an ERC Proof of Concept grant ('Hi-OMICS') in 2017 to explore the commercialization of an SDI orchestrator for genomics workloads. He has participated in several EU-funded projects and has led the team at BSC that has developed the Aloja project (aloja.bsc.es) and the servIoTicy platform (servioticy.com). He is the PI for several industrial projects and collaborations with IBM, Microsoft Intel and Cisco among others.
He was a summer intern at IBM Watson (Hawthorne, NY) in 2006, and a Visiting Research Scholar at IBM Watson (Yorktown, NY) in 2012. He received an IBM Faculty Award in 2010. He is an IEEE and ACM member.